Inappropriate Antibiotic Prescribing in Different Departments of Gulf Region and Management Through Pharmacist-Led Antimicrobial Stewardship: A Systematic Review and Meta-Analysis

Purpose: The aim of this meta-analysis is to evaluate the inappropriate antibiotic prescribing in Gulf region and determine the effect of pharmacist-led antimicrobial stewardship programs to reduction in the inappropriateness.

Methods: Articles were searched, analyzed in quality assessed through JSM quality assessment tool to select the articles with low level of bias. In step 1 515 and in step 2 2357 articles searched and 32 articles included by critical analysis. Statistical analysis used to Risk ratio and standard mean differences were calculated using Review manager 5.4. 95% confidence intervals were calculated, using the fixed effect model. The I2 statistic assessed heterogeneity. In case of statistical heterogeneity, subgroup and sensitivity analyses then a random effect model was performed. The alpha threshold was 0.05. Primary outcome is inappropriateness in Gulf region and reduction of inappropriateness through AMS.

Conclusion: Inappropriateness in Gulf region is alarming and need to be addressed through pharmacist-led antimicrobial stewardship programs.

Antimicrobial resistance is increasing globally and affecting cost, mortality and length of stay. Recently published study showed that by 2050 leading cause of death will be bacterial infection unless resistance is controlled (O'Neill J, 2016). Survey of antibiotic resistance in Gulf State published in journal of antimicrobial chemotherapy find out the susceptibility of community acquired respiratory tract isolates in Gulf region shows that “there are large country-specific differences in antibiotic susceptibility even within the same region, with overall antibiotic resistance being the highest in S. pneumoniae and isolates from the UAE” (Jamsheer A,et al., 2016). Study in Saudi Arabia 8 hospitals shows that most resistant antimicrobial is meropenem followed by ticar-cillin, imipenem, and piperacillin; almost 13% of the strains were multidrug resistance (Khan MA and Faiz A, 2016). As of 1998, higher rates of resistant bacteria have been seen in Saudi Arabia. Most of these cases could be attributed to greater and irrational use of antibiotic drugs (Rotimi VO,et al., 1998).

The aim of this study is to evaluate the inappropriate antibiotic prescribing in Gulf region and determine the effect of pharmacist-led antimicrobial stewardship programs to rational prescribing.

Methodology of searching articles is of two-step process. First step we find out the inappropriate antimicrobial prescribing in the gulf region and second step impact of pharmacist on the inappropriate prescribing through pharmacist led antimicrobial stewardship program. Our methodology adheres to the PRISMA guidelines (see PRISMA checklist: Appendix1)

In step 1: Antimicrobial prescribing pattern with inappropriate prescribing were identified searching: Pubmed, Embase and Elsevier. Include all articles with Language English. Keywords used were: “antibiotic”, “prescribing”, and “Gulf”, “Saudi Arabia”, “UAE”, “Qatar”, “Bahrain”, “Kuwait”, “Oman” and “Yemen”. Orignial articles are only included while reviews and meta-analysis were excluded. Surveys and questionnaire showing the prescribing practice and inappropriateness are excluded.

Search strategy is illustrated in the Appendix 2.

Two investigators independently assessed eligibility (RKH and MJMAA). In case of discrepancy, a third observer adjudicated the eligibility (SWG). The extraction forms and the risk of bias assessments are attached as Appendix 2.

Two authors (RKM and SMG) independently assessed trial quality. Internal validity was analyzed with the JSM quality assessment tool. These articles were then rated according to methodological quality: High, moderate, or low.

Analyses were done using RevMan software version 5.4® (www.cc-ims.net/ revman). For all studies we calculated Risk Ratios (RR) with 95% confidence intervals, (95% CI), using the fixed effect model in first approach. Heterogeneity was investigated with the I2 statistic. It measures the proportion of overall variation attributable to between study heterogeneity. I2 values of 25%, >50% and >75% refers respectively to a low, substantial and considerable degree of heterogeneity. In case of statistical heterogeneity, we tried to explain this with subgroup and sensitivity analyses then with funnel plot. Statistical significance was defined with an alpha threshold at 0.05. 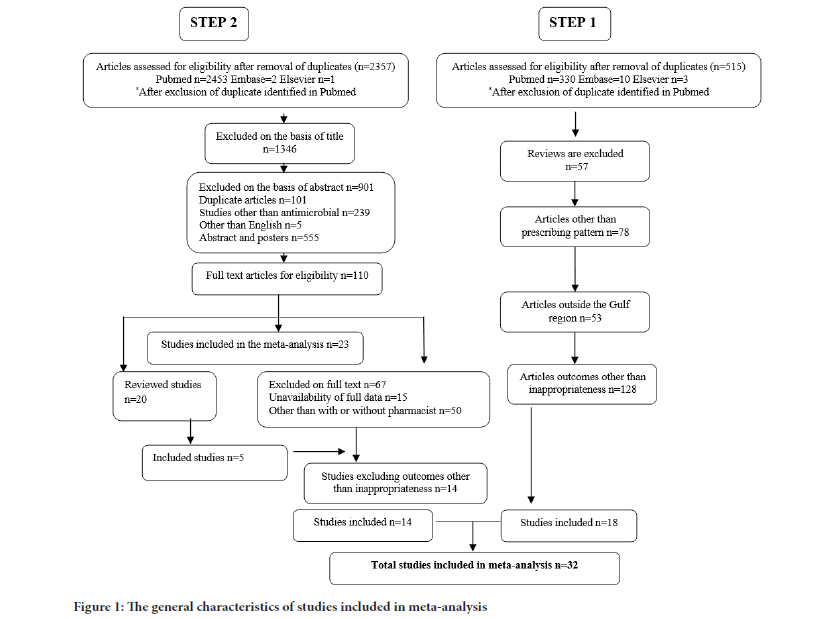 Figure 1: The general characteristics of studies included in meta-analysis 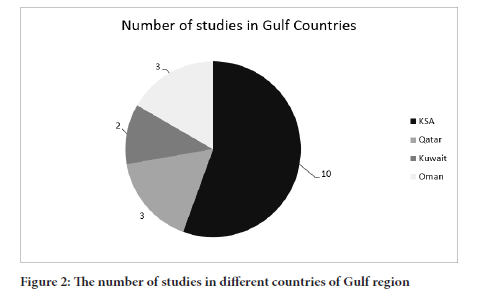 Figure 2: The number of studies in different countries of Gulf region 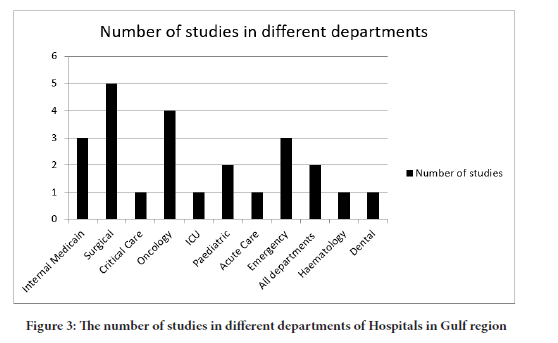 Figure 3: The number of studies in different departments of Hospitals in Gulf region Figure 4: The 18 studies with inappropriateness and reduction of bias through funnel plot 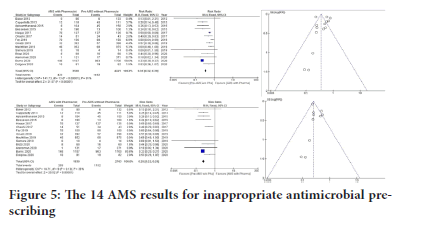