The current study included the anatomical characteristic of epidermal cells, indumentum and cross sections of roots, stems, leaves and petioles of Combretum indicum from Combretaceae family, which collected from the herbal garden at AL-Rashidia city north of Baghdad. The anatomical study showed that these characteristics are important in assessing morphological characteristics which can be used to diagnostic, isolation characteristics and study of this species.
Anatomical characteristics of plant parts (root, stem and leaf) were studied, and the most important research findings that the cross-section of the root is circular and in the secondary growth stage and the vascular bundles are bicollateral consist from the axial system and radial system of xylem and phloem, so in the xylem area appear clearly the early (spring) and late (summer) wood. on the other hand, the cross-section of stem is circular and in the secondary growth stage, consists from uniseriate epidermis covered by cuticle and many trichomes diffused in the service of epidermis after it has many layers of the cortex and the vascular bundles are bicollateral consist of axial system and radial system of xylem and phloem like as the root. As for the leaf epidermis appear stomata paracytic in shape and the cross-section of leaf contains upper and lower epidermis uniseriate and in the mesophyll showed numerous druses crystals diffuse in the cells. The midrib region of leaf in cross-section appeared crescent shape mainly composed of upper and lower epidermis, collenchyma layers contain many druses crystal, central vascular bundle, furthermore the petiole cross sections was recorded as oval in shape and the open collateral vascular bundles appeared in central of petiole crescent in shaped. 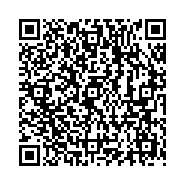