One of the most common long-term disease in Iraq is the deterioration of the lung function which is exacerbated in to the chronic obstructive airway disease, this is called asthma. From 2011 and after, there is more than three hundred million cases registered worldwide and one tenth of them died each year. Although there is no statistically dependent data in Iraq, but the overall prevalence of this disease in Iraq is about 15%. It is regarded as a serious medical issue as is not only threaten the life but also disturb the normal life style of the healthy individual and effect their daily work, sleep, and level of happiness.

Aim: To study its effect on the daily life style (job, sleep, others) and to predict the degree of response to the treatment given weather corticosteroid or bronchodilators.

Methods: a comparative study made from two hundred asthma patient aged from seventeen and more at the allergies center at al Sader medical city and A Najaf province. This study begins from October 2018 to June 2019. A data was obtained from a direct interview with the patients and/ or their relatives. The results were analyzed using SPSS version 20 and Excel software.

Results: this research showed that most of the patients were female aged between forty to forty-nine years old that depend on inhaled steroid as a first line treatment. These patients had an obstacle in induce there work normally at the jobs or normal life at home. The mose common recorded asthma symptoms were chest tightness, difficulty in breathing, wheezing, coughing. These symptoms make them not get enough sleeping at night and low degree of the disease control

Conclusion: asthma is a serious medical problem that needs more attention and the patient life should be regulated to perform a good sleeping at night and good work outcome and the day.

Recommendation: A further study should be conducted to evaluate the patient medical control at the hospitals and at the home to induce a better daily life style. 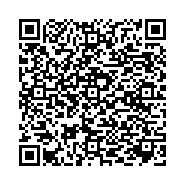