Background: A number of experimental as well as human studies documented the existence of anesthetic agents in the follicular fluid with possible adverse effects on the oocyte quality and subsequent fertilization and implantation; however, data about ketamine are lacking. Controversial data has emerged with some favors the existence of variation in fertility parameters and others deny such an association. Objective: Is to compare the effect of drugs used for general anesthesia during oocyte retrieval (ketamine vs remifentanil) on ICSI outcome Patients and methods: The current prospective comparative study has been carried out at the infertility center of “High Institute of Infertility Diagnosis and Assisted Reproductive Technologies /Reproductive Physiology/Al- Nahrain University/ Baghdad/ Iraq” form July 2019 through April 2020. The study included 60 infertile women undergoing intracytoplasmic sperm injection (ICSI) with a variety of causes of infertility with an age range of 19 to 44. Those patients were categorized into two groups according to anesthetic regimen introduced during general anesthesia for oocyte retrieval. The first group received ketamine, midazolam and propofol while the second group received remifentanil, midazolam and propofol. Results: the results of present study showed that remifentanil resulted in higher fertilization rate than ketamine in a highly significant manner (P < 0.01); however, cleavage rate was comparable in both groups. There was significant difference (p<0.05) in rate of positive pregnancy test between ketamine group and remifentanil group, 20.0 % versus 46.7 %, respectively (P = 0.028); being higher in remifentanil group. Recovery time was shorter in remifentanil group in comparison to ketamine group in a highly significant manner (P < 0.01); nevertheless, procedure time was comparable in both groups (P > 0.05). A cutoff value of recovery time of ≤ 10 minutes resulted in a 80 % sensitivity and 65 % specificity in predicting positive pregnancy outcome. Conclusion: Remifentanil is superior to ketamine in routine general anesthesia procedures for ova pickup in IVF/ICSI procedures because of significantly higher fertilization rate, pregnancy rate and shorter recovery time. 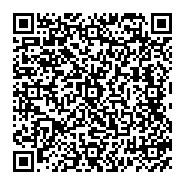