In Indonesia, the number of patients with dementia has been considered relatively small, but it may increase due to future ageing. There is a lack of care services for dementia sufferers, limited access to medical institutions that can diagnose and treat it, and a lack of sufficient information on dementia for citizens. Because of this, most elderly Indonesians stay with their families at home. The purpose of this study is to compare the knowledge about dementia between Indonesian workers in rural and urban areas, as well as to determine the factors contributing to their knowledge. This is a cross-sectional study with online questionnaires used to obtain demographic data and information about the number, physical condition, and dementia symptoms of elderly people and their family members. The knowledge on dementia held by workers in communities was measured by the Dementia Knowledge Assessment Scale (DKAS). Data were collected online using the snowball technique, through a survey shared on social media, from 7–10 July 2020. The inclusion criteria specified respondents who were above 40 years with family members who were 60 years and over (elderly). A total of 1147 respondents completed the survey; however, only 944 (82.3%) worked, while 632 (79.4%) and 312 (88.9%) lived in urban and rural areas, respectively. Only those who reported being workers were included in this research. Of the respondents, 32.6% worked as private employees and worked more than eight hours per day (69.6%). More than 80% of study participants worked outside their home. Approximately 70% of respondents had received information about dementia in print media, electronic media, posters, or from conferences, seminars, and workshops. Likewise, the value of DKAS for respondents who lived in urban areas (74.4%) was better than those who lived in rural areas (65.4%). The t-test analysis results showed that there were several significant differences between respondents that lived in urban and rural areas, such as occupation type, educational background, working hours, information about dementia, number of elderlies as family members, physical condition of elderly members, and support for elderly members. However, there were no significant differences for dementia knowledge and perception, age of respondents, age of elderly family members, or live together with elderly between respondents who lived in urban and rural areas. The logistic regression model identified the factors that influenced knowledge about dementia among rural participants, with those who were aged 45–49 years, female, and university graduates reporting the highest knowledge. Being female, a civil employee, an entrepreneur, and a university graduate predicted more knowledge among workers in urban areas. 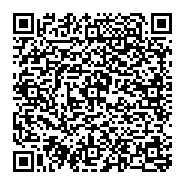