Detection of exoA, nan1 genes, the biofilm production with the effect of Oyster shell and two plant extracts on Pseudomonas aeroginosa isolated from burn' patient and their surrounding environment

Burns are big issue worldwide, can be caused by electricity, nuclear radiation, heat, and chemicals. Infections with multi-drug resistant bacteria delay the burn's healing and make it more complex. Many bacteria can cause burn infection including Pseudomonas aeroginosa.The present study included collection of 112 samples from Al-Fyahaa General Hospital Burn Center in Basra Iraq; 68 samples from burn' patients and 44 samples were collected from the burn patients' surrounding environment; included (air, bed, patient companion, and nursing room). The present study recorded that the highest cases of burns (48.53%) were due to hot water whereas the lowest were by electricity (10.29%). Using biochemical tests, Vitek2 and 16S rRNA gene, 41 isolates were diagnosed as Pseudomonas aeruginosa, 26 isolates from burn patients and 15 isolates from the surrounding environment. Among the virulence factors genes produced by P. aeruginosa, two genes encode for virulence factors; exoA and nan1 were investigated. The results showed the presence of the exoA gene in 38 isolates out of the 41 (92.68%). While the nan1was found in 4 isolates only (9.75%). Biofilm production as one of the virulence factors using Congo red agar method was also studied, it was found that 36/41 (87.80%) were producing biofilm while (12.19%) only 5/41 were not. The sensitivity of P. aeruginosa isolated in the present study to 10 antibiotics belonging to different groups were explained, the results showed that 38/41 (92.68%) with multiple resistance to antibiotics. It has been found that most of biofilm' producing P. aeruginosa was found to be resistant to up to 6 antibiotics from different groups. The high resistance P. aeruginosa isolated were then subjected to Oyster shell and natural plant extracts. Stem bark of Ziziphus spina-christi var.malaci gave high efficacy toward isolated P. aeruginosa from burn patients, the cold extract of stem bark were effective toward all isolates with the high inhibition diameter up to 30 mm comparing to the most effective antibiotic toward P. aeruginosa. The highest inhibition diameter for Oyster shell was 16 mm while the lowest efficacy was to the cold aqueous extract of Oyster shell. However, in an attempt to point the source of infection, it has not been found that the source of infection was from the patient' surrounding area and more studies are needed (under investigation). 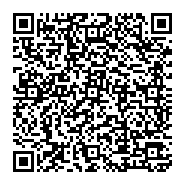