This study aimed to evaluate the individual performance in the field of planning extension programs in the context of decentralization in the Baghdad governorate, and to set suggestions to develop the performance of those workers. A descriptive approach was adopted in the setting of the theoretical framework of the research. The study population consisted of the agricultural centers in Iraq. The researcher followed the intentional sample method, whereby the agricultural centers in the capital, Baghdad, were chosen. Regarding the sampling units, they were chosen according to comprehensive inventory method so that they included all workers (managers - executives) in the agricultural centers in Baghdad with a total number of 150. The questionnaires were distributed overall the sample items personally by the researcher, and then returned to the researcher in the same way. The results of the descriptive analysis showed that the skill development variable related to the educational tasks has a mean of 4.14 and a standard deviation of 0.525. The skill development variable related to the management of extension programs has a mean of 4.12, and a standard deviation of 0.595. For a skill development related to executive tasks, it took a mean of 4.065 and 0.452 standard deviation, which corresponds to “strongly agree” of the adopted scale. The values of the relative importance of the studied dimensions confirmed the proper ranking, as the relative importance of skill development related to executive tasks was 80.4%, followed by skill development related to educational tasks (73.55%), and finally skill development related to extension programs management (73.53%) 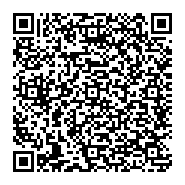