Does Contraception Used Better In Urban Areas ?: An Analysis Of The 2017 Idhs (Indonesia Demographic And Health Survey)

Introduction: Residence (urban and rural) has a significant effect on the desire of using contraception. Several other studies have also shown that the area where women live has a significant relationship with a person who has a pregnancy status. This study aimed to explore the contraception used better in urban areas: Analysis of the 2017 IDHS (Indonesia Demographic and Health Survey). Methods: Secondary data analysis in this study was sourced from secondary data of the 2017 IDHS with a cross-sectional approach. The research instrument was a structured questionnaire that had been tested for validity and reliability. Analysis: Data analysis used Logistic Regression for windows. Result: The results of this study indicated that urban women were the largest users of contraception, at about (26197; 63.4%), mostly in the age group of 40-44 with (10073; 24.4%), generally they were workers, about (24344; 59.0%), commonly they graduated from secondary level of education, about (23201; 56.2%), mostly they married / living with a partner (38425; 93.0%), mostly their wealth status were rich, with (12177; 29.5%), and have health insurances (27424; 66.4%), most of them were multipara, about (30545; 74.0%). And the highest result of Logistic Regression was on married / living with a partner (sig.0.000; OR: 32,995); (Lo: 29,247; Up: 37,223), Conclusion: women who were married / living with partner in urban areas used contraception because of socio-demographic factors like socio-psychological factors and factors related to health services, education, income, employment, age , parity, ethnicity, and religion. 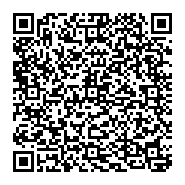