Background: Acute coronary syndrome (ACS) can be classified to ST elevation myocardial infarction (STEMI), non-ST elevation myocardial infarction (NSTEMI) and unstable angina. The challenging in acute coronary syndrome remains, as it does not detect the myocardial ischemia by cardiac troponin and creatine kinase-MB. Pro brain-type natriuretic peptide (pro-BNP) was released when the heart need to hard works, which leads of retention fluid and expansion of veins and arteries. Therefore, this hormone release in the response of the changes of pressure in the heart especially for patients with ACS, which be benefit to use as an indicator to evaluate health problem that related with heart. Ischemia modified albumin (IMA) is a form of human serum albumin in which the N-terminal amino acids have been modified by ischemia as the result of acidosis, damaging occurs by free radicals, fatty acids releasing, exposures to free copper and iron, and disturbance of calcium pump. The aim of this study was to estimate the brain natriuretic peptide (Pro-BNP) and Ischemia Modified Albumin (IMA) Levels as early diagnostic markers and correlated with conventional cardiac markers at admission to the emergency department in Acute Coronary Syndrome Patients with ST segment elevation myocardial infarction (STEMI) and Non ST segment elevation myocardial infarction (NSTEMI). Methods: Eighty ACS patients who arrived at the emergency department ED within 6h of clinical symptoms divided to STEMI and NSTEMI, and another 40 of noncardiac chest pain patients (NCCP) as control were enrolled in this study. pro-BNP was measured using a Cobas e 411 Roche, Germany, and IMA was measured using enzymelinked immunosorbent assay (ELISA) kits. Tukey HSD Post hoc ANONA test and One-way ANOVA were used to compare differences of mean between groups. Pearson Correlation was calculated to assess the relation between the biomarkers of this study. Receiver Operating Characteristics (ROC) curve was calculated to estimate the sensitivity and specificity for the use of pro-BNP and IMA as biomarker in the diagnosis and discriminatory ability of ACS. Results: pro-BNP and Ischemia modified albumin were significantly higher in acute coronary syndrome patients (STEMI & NSTEMI) compared to NCCP as controls (1359.82± 995.00 and 2698.22±1604.69 vs 180.07±90.24) (p<0.01) for pro-BNP and (96.79±16.03 and 86.00±15.14 vs. 69.42±10.65) for IMA. There were a significant differences in mean of each pr0-BNP and IMA values between two categories of acute coronary syndrome were seen (p<0.01). The correlation of IMA with CK-MB in NSTEMI patients was peak negative (r=-0.41, p<0.01). Receiver operator characteristics (ROC) curve was calculated to define the optimal cut-off values for the use of each pro-BNP and IMA as biomarkers in early diagnostic and distinguish of patients with STEMI and NSTEMI at admission to ED within 6h of clinical signs. ROC curve revealed to the optimal cutoff value for pro-BNP in STEMI was 231 pg/ml and NSTEMI was 400 pg/ml with sensitivity of 85% and 87.5% and specificity of 82.5% and 87.5% with area under curve AUC of 91.9% and 95.7%. The optimal cutoff value for IMA in STEMI was 89 U/ml and NSTEMI was 80.9 U/ml with sensitivity of 85% and 82.5% and specificity of 90.0% and 75.0% with AUC of 88% and 87.5%. Conclusions: We conclude pro-BNP together with IMA assay as promising biochemical markers for the early diagnosis of ACS, and complement together as a good discriminator between STEMI patients and NSTEMI patients. 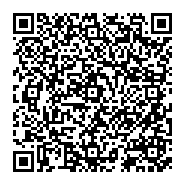