Effect of Adding Lyophilized Low-Density Lipoproteins (L-LDL), Methionine and Their Combinations on Semen Quality of Holstein Bulls after Cryopreservation

This experiment was conducted at the Research Station of the College of Agriculture/ University of Al-Muthanna with the aim of knowing the effect of using lyophilized low-density lipoproteins (L-LDL) dried from egg yolk at a concentration (6%) and methionine at a concentration (5 mmol) and their combination to TRIS extender on semen characteristics of the Holstein bulls after cryopreservation for different periods (48 hours, 1 month and 2 months). This experiment was conducted for the period from December 2019 to April 2020 and in three stages, the first was the extraction of low-density lipoproteins from egg yolk in the diagnostic section of the Plant Protection Department, the second stage was lyophilized (liquid LDL) and make it a dry material and packed in sterile cans and then keep it freezing, and the third stage were done in the graduate studies laboratory at the College of Agriculture/ University of Muthanna. The study included semen collection from tow Holstein bulls and its ages ranged between 2-3 years. Artificial vagina were used to collect semen by 1 ejaculate/ bull/ week, and then pooled semen were done to reduce the differences between ejaculations, then semen were divided to four groups as following: (T1) Control group, (T2) 6% L-LDL, (T3) 5 mmol methionine and (T4) 6% L-LDL+5mmol methionine as combination, to study the effect of each of these treatments on percentage of individual motility, viability, plasma membrane and acrosome integrity for different time of preservation at freezing. It was observed through this study that there was superiority in the treatments of methionine, lyophilized LDL and their combinations over the control treatment during preservation periods. 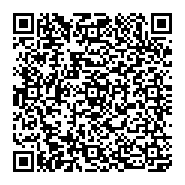