Fin and tube heat exchanger is a type of compact heat exchanger commonly used in refrigeration systems, automotive, aerospace and petrochemical industries. The gas passing through the fin has a lower thermal conductivity than the fluid passing through the tube. The low thermal conductivity results in high thermal resistance, thus the heat transfer rate is low. To enhance heat transfer rate on the fin side, vortex generator is mounted on the fin to generate longitudinal vortex. Longitudinal vortex causes mixing between hot fluid with cold fluid which increases the heat transfer rate. Therefore, this study aims to investigate the effect of the longitudinal vortex generator on the improvement of heat transfer and pressure drop. Numerical simulations were carried out to analyze three types of vortex generators namely Delta Winglet Pairs (DWP), Convex Delta Winglet Pairs (CxDWP), and Concave Delta Winglet Pairs (CDWP) with an inline arrangement and also common flow up configuration (CFU) of winglets. In addition, the installation of VG was varied with the angle of attack between 10o, 15o, and 20o with a 1-3-4-7 VG arrangement on the tube irflow velocity is expressed in Reynolds number between 364 to 689. Analysis of heat transfer rate enhancement and pressure drop between three types of VG, three variations of attack angle and four types of winglet installation compared to baseline. The simulation results show that the vortex generator with the highest convection heat transfer coefficient is seven pairs of Concave Delta Winglet Pairs (CDWP) at the attack angle of 20o and Re = 689 of 84.85%. While the lowest pressure drop increase of 4.27% was found using one pair of Delta Winglet Pairs (DWP) with the angle of attack of 10o attack and Re = 364. 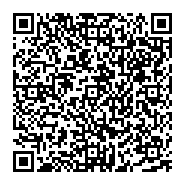