Background: Depression is one of the prevalent psychiatric disease, in which social function impairment and large suicide rates are very common. Toll-Like receptors have a essential role in the pathophysiology of depression. One of the major concern of current depression treatment are side effects, toxicity, and delayed onset of action. Recently, herbal drugs, e.g. Withania Somnifera, are gaining a great deal of attention in depression treatment because of their safety, efficacy, and cost-effectiveness.
Objective: To establish a chronic unpredictable stress(CUS) model in male rats, to investigate the antidepressant effects of the W. Somnifera roots extract and to define the relationship between the stress and gene expression of TLR 2/4 in the brain of the male rats and the effects of an extract of the roots of W. Somnifera on that gene expression.
Material and methods: Sixty rats have been involved in this experiment. The animals were randomly distributed into 6 groups, each group with 10 rates. Group 1 (control group, untreated and unexposed to CUS), group 2 (untreated and exposed to CUS), group 3 (treated with 10mg/kg fluoxetine for 14 days), group 4 (treated with 50mg/kg W.Somnifera extract for 14 days), group 5 (treated with 100mg/kg W.Somnifera extract for 14 days), group 6 (treated with 150mg/kg W.Somnifera extract for 14 days), no.of rats=10 for each group.
The antidepressant effect of fluoxetine and w. somnifera was evaluated by using forced swimming test (FST) and the gene expression of toll like receptor 2 and 4 was determined by RT_PCR.. FST was done for each animal on day 0, 10 and 25. .Each animal of groups 2, 3, 4, 5, and 6 exposed to CUS for 24 days. 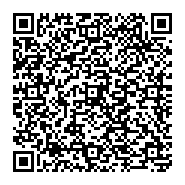