Features of the drug labeling system implementation in the Russian Federation: positive and negative experience FGAOU VO First MGMU them. THEM. Sechenova of the Ministry of Health of Russia (Sechenov University)

In modern conditions of the free market, the falsification of drugs remains one of the main health problems not only in Russia but throughout the world. According to the World Health Organization, the extent of falsification of drugs can vary from one to several tens of percent of the total market for drugs. For this reason, medicines were among the first to fall under the law on mandatory labeling in the Russian Federation. The article describes the prerequisites, stages and difficulties of the transition of the Russian pharmaceutical market from 2020 to the system of mandatory labeling of drugs with identification tools as an element of the state information system for the drugs movement monitoring (DMM) from manufacturers to end consumers. 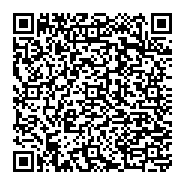