Objective: The purpose of this study is to study the fracture resistance of anterior endocrown versus post crown restoration.

Materials and methods: Thirty caries free of extracted human maxillary canine with complete root formation were selected for this study. Also two types of ceramics were used: IPS Emax press and Celtra Press. Thirty samples were fabricated and divided into 2 groups (15 samples each) according to the type of ceramic used. Then each subgroup was subdivided into 3 subgroups (5 samples each) according to the type of restorations: Endocrown 6 mm, Endocrown 10 mm, post+core+crown. All specimens were subjected to a thermocycling procedure in automated thermocycling machine. Samples were thermocycled for 5000 cycles, between 5°C-55°C with a dwell time 15 seconds. All samples were individually mounted on a computer controlled materials testing machine for a fracture resistance test. After fracture resistance test, all specimens in the test groups were viewed using a USB digital-microscope, magnification × 35, and the images were captured and transferred to a IBM personal computer equipped with the Image-tool software (Image J 1.43 U, National Institute of Health, USA) to determine failure mode pattern according to the following categorization. 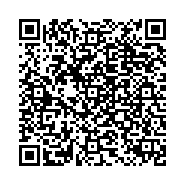