Oral squamous cell carcinoma (OSCC) is the most encountered type of oral malignant neoplasm. P27 is a nuclear cell cycle inhibitory protein, that can be transported to the cytoplasm to deactivate it's role, Similarly the mechanism is used by cancer cells to unlock cell cycle arrest. In reaction to damage to DNA caused, either by the cell cycle arresting or apoptosis, the tumor suppressor p73 is activated. Epstein-Barr virus (EBV) that infects human beings has oncogenic capacity in different kinds of human neoplasia. Human Cytomegalovirus (HCMV) is a prevalent opportunistic pathogen that causes severe disease in various immunosuppressed patient. The aim of this study is to investigate the impact of EBV and HCMV contagions togetherness on p27 and p73 gene products in Oral cavity carcinomas. This study included a total number of seventy three (73) formalin-fixed, paraffin-embedded tissue blocks from OSCC patients. The confirmatory re-examination for histopathological samples were donea Chromogenic In Situ Hybridization assay (CISH) for EBV-EBERs and HCMV-PP65 DNA localization and immunohistochemistry assay (IHC) for p73 and p27 gene expression were performed). The results illustrate that the presence of these two viruses in OSCC were at highest percentage in undifferentiated grade (74.47%%). On the other hand, co-presence of p27 and p73 was highest in undifferentiated group (70.27%). 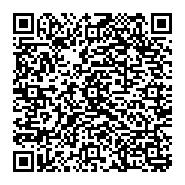