Hypertension is the most commonly known problem of restoration during pregnancy, with up to 10% of pregnancies confused. Gestational diabetes mellitus is described as the occurrence or for the first time in pregnancy of a change in glucose levels to varying degrees. There are medical problems when diabetics and hypertension worsen pregnancy and affect maternal health.
Objectives: Analysis of unexplained placenta changes in patients with concomitant hypertension and gestational diabetes caused by pregnancy.
Materials and Methods: This study included forty placentas, twenty were collected from uncomplicated normotensive pregnant ladies, and the rest (20 placentas) were collected from ladies with concomitant gestational diabetes and pregnancy-induced hypertension. Histological sections were prepared using routine hæmotoxyline and eosin staining.
Results: The histomorphological study of placenta of patients with concomitant hypertension and diabetes mellitus showed a significant number of syncytial knots, stromal fibrosis, and the number of capillaries in terminal villi in Medium-sized diffusion areas of the vascular median cover.
Conclusion: Placenta examination is very important for the diagnosis of various pathological conditions, mechanisms are still far from well understood, but there is a common consensus that the pathological level depends on the type of diabetes and hypertension during pregnancy. This study provides an opinion of previous studies with a great association placental changes in patients with concomitant pregnancy-induced hypertension and diabetes. The clinical appearance and the magnitude of placental pathological changes were strongly associated. There is a wide range of microscopical changes noted as increased the numbers of the syncytial ganglia, fibrosis and the number of capillaries in the peripheral appendages 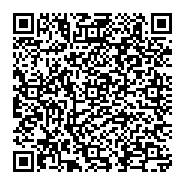