Maternal alcohol consumption during pregnancy and its effects on the developing fetus are a serious public health problem worldwide. Current article describes the course of pregnancy, childbirth and the postpartum period of 545 pregnant women. There were two groups: pregnant women who consumed low-alcohol drinks from 1 to 11 doses (n=261) (Group 2), compared with women who had never used alcohol in the prenatal period (n=284) (Group 1). Pregnant women observed and gave birth in the Irkutsk Regional Perinatal Center (IRPC), Irkutsk, Russia between June 2012 and June 2014. We described methods of mathematical analysis of the influence of alcoholic beverages on pregnancy, childbirth, the postpartum period and the condition of newborns. Using a discriminant analysis, informative diagnostic signs were obtained to determine the effect of alcohol on pregnancy, childbirth, the postpartum period, and the condition of newborns. The diagnostic accuracy according to the decisive rules on average turned out to be quite high - 76.69 (for the first group - 75.7%, the second - 77.6%). According to the results of the analysis - pregnant women in the control and main groups did not differ in somatic pathology. Women who drank alcohol during pregnancy, medical abortions were more common, and the course of pregnancy was statistically significantly more often complicated by anemia of pregnant women, congenital malformations (CHD) of the fetus, and the formation of congenital heart defects (CHD). Of the complications of childbirth, in the group of women drinking, dystocia, discoordinated contractions of the myometrium muscle (DCMM) were more often diagnosed. In the postpartum period, uterine subinvolution was more often diagnosed in a group of women who drank alcohol during pregnancy. An interesting result was revealed that girls predominated in the control group, and boys in the main group. Premature by gestational age, more often children were born from drinking mothers, and a serious condition of the newborn at birth was more often diagnosed in children born to women who drank alcohol in the prenatal period. In the postnatal period, hypoxic-ischemic damage to the central nervous system in the fetus was diagnosed. Thus, we can conclude that even small doses of weak alcohol can lead to a complicated course of pregnancy, childbirth and the postpartum period, as well as adversely affect the developing fetus and the state of health of a newborn. 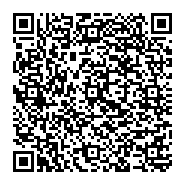