The most common type of postpartum disorder found at the postpartum stage insignificant number of women is baby blues which is a mood disorder. This study aimed to improvisation of the prophylactic program by pre-delivery identification of risk factors that can trigger postpartum mood disorders in women. The medical data of women after delivery obtained from Warsaw during 2010-2017 was the basis of research material. The data of 604 patients who took the Edinburgh Postnatal Depression Scale (EPDS) after delivery were analyzed. 75 women were included in the study group who showed 12 % of the group results with 12 points in EPDS. Whereas the control group with 75 women showed a maximum of 5 points in EPDS. The results show a significant correlation between postpartum mood disorder vs parity and their sequence. High risked women had early delivery as compared to women with low risk with a 37-week length of the gestation period and 39-week gestation period, respectively. The premature rupturing of membrane did not correlate with long gestation periods. Women with premature delivery and primigravida should undergo perinatal screening as results showed them to be more prone to postpartum mood disorders. 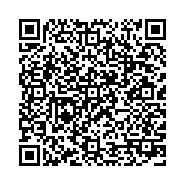