The purpose of this study was to study the histological changes of eyelids during the eye opining and the regression of hyaloid artery in 20-day old fetus (5,10,15) day old rabbit pups. Paraffin section (5-7) µm. of all the eyeball stained with H&E stain and examined with light microscope to follow the histological changes in the eyelids and hyaloid artery in 20-day old fetus and (5,10,15) day old rabbit pups. In 20-day, old fetus the core of the two eyelids was consisted of mesenchymal cells population. The sight of eyelids fusion consisted of mass of irregular pale stained cytoplasm cells with round nucleus. While the junction region covered with one layer of flattened cells of ectoderm from the outer and inner surface. At (5,10) day old pups, there are two depression formed in the outer and inner surfaces of eyelids. The outer surface changed to keratinized stratified epithelia, the conjunctiva surface was thin and non-keratinized, Hair follicles, muscles fibers were noticed at (15) day old pups, 20 days old fetus and at (5-10) day old pups. At the age of 15 days the eyelids were separated completely the previous sight of fusion which covered by keratinized stratified squamous epithelia. The hyaloids artery can be noticed in the intraocular space between the developed retina and the lens, the artery possesses regular lumen full of nucleated red blood cells, the artery was constricted and regressed the endothelial cells showing apoptosis changing, no red blood cells noticed. At the age of 15 days the artery disappeared. The current study revealed that many histological changes occurred within the first three weeks of rabbit’s pup’s life led to separation of eyelids and the eye reopened. During this period the hyaloids artery regression occurred, at the third week the artery disappeared. 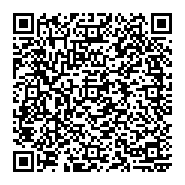