To study the profile of patients with cleft lips and palate in Basra provin Background Orofacial clefts are the most common congenital malformation of the face, and its pattern varies with geography worldwide. Pattern and magnitude remain uncertain due to very few studies. Methodology This study includes 363 cases of orofacial clefts divided to Cleft Lip (CL), cleft palate (CP) and cleft lip and palate (CLP). Patients enrolled in the Al Sadder Teaching Hospital's plastic and reconstructive surgery department in Basrah, south of Iraq, from January 2013 to December 2015. Variables Data collected such as age, sex, residence, type, degree of orofacial clefts and family history were noted. Result Among all OFCs cases under study, 186 (51.2%) were males, and 177 (48.7%) were females. Age of patients at presentation ranged from 1 day to 49 years with a median age of 2 years. The predominant type is CP 170 (46.8%) followed by CL 129 (35.5%) then cleft lip and palate 64 (17.6%) cases were noted. Statistically significant differences found between those cases with positive family history forming 207 (57%) from all cases and those with negative family history 156 (43%) of cases. Most of the cases came from rural areas 247 (68%) compare with 116 (32%) cases from urban areas with significant differences. Conclusion In this study, all types of OFCs are increased in Basrah and seen more commonly in males; OFCs associated significantly with positive family history. The role of environmental factors in increasing congenital abnormalities in Basrah, particularly in rural areas, cannot be excluded and requires further resear 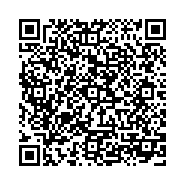