Relationship of Cybersecurity and the National Security of the Country: Iraq Case Study

Cyberspace is the fourth area of the state in addition to the third areas, air, land, and sea. The issue of his protection and defense has become a concern of many decision makers in the country because of his connection to national security, the challenge posed by cyberspace is a major challenge, represented by the dangers surrounding this use on state institutions and individuals, because of the large increase in the number of dealers with the computer, the diversity of their uses and their workplaces, and their different cultures, their goals and affiliation. In addition to the expansion in the use of the international information network on the Internet. Cyber insecurity and its vulnerability to persistent hacking, an effective tool capable of contributing to the destruction of the state politically, security, socially and economically in light of the development of technologies, methods of penetration are in continuous development and at the same time their negative impact is greatly increasing, which threatens the national security of the state. Thus, states should seriously consider finding defensive means to verify cybersecurity, until stability is achieved at all levels. Iraq entered the cyberspace strongly, especially after 2003, due to the expansion in the use of smart mobile devices and computers, but still lacks how he handles quick entry, as a result, cybersecurity in Iraq has become permanently compromised. It can be inferred that the Iraqi ministries have been compromised, Iraq lags behind in the global cybersecurity index, ranked 107th internationally in 2018, the lack of relationship between the Ministry of Communications, which is supposed to be concerned with cyberspace, and other ministries. All these facts strongly indicate the necessity of adopting realistic solutions to achieve cybersecurity. 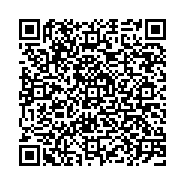