Ali A. Kadhum, Jasim M. Abed and Theyab A. Farhan

Results showed 7 isolates of R.solani were isolated from potato tubers that were collected from fields cultivated with crops at 2017 autumn season in Amiriyat Al Fallujah and Saqlawiyah regions in Anbar governorate. The results of the field experiment showed that the use of Pseudomonas fluorescens led to an increase in the enzymatic enzyme of amylase and chitinase, which reached 1.10 and 0.92 units / ml, total yield 37.71 tons. The matter organic also achieved a significant effect with the same characteristics of 1.12 and 1.04 units/ml. Total yield 52.15 hectares, the number of microorganisms 0.086 * 10 ^ 6 CFU / g dry soil, and a significant reduction in the degree of infection and pathogenicity of the infected tubers compared with contaminated the pathogen R.solani results showed of interaction between the bacteria and the organic matter gave the best results, as the enzymatic activity of amylase and chitinase increased by 2.24 and 1.66 units / ml, and the Total yield reached 54.52 hectares. Pathogenicity and the enzymatic activity increased as a result of the induction process compared with treatment contaminated by pathogen R.solani. 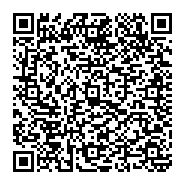