The objective of our study was to investigate the neuropathological effects in hens after administration of triortho cresyl phosphate ,The experiment was summarized as the following :one handred eighty hens were divided into 2 main groups, the first group was acute neurotoxicity done on 60 hen divided equally into control and treatment which received single dose 600mg/kg orally for 18 days. The second group was sub chronic toxicity done on 120 chicken that in turn divided equally in to 4 subgroups, these are (untreated control, 2, 4 and 8 mg/kg daily) for 100 days. Neurotoxicity of triortho cresyl phosphate in hen of midbrain in acute and one handred days. Sub chronic studies showed mainly changes in the synapses characterized by disorganization, the presence of dark, degenerated mitochondria stained in synapses and ramifications. In some occasion's myelinated nerve, fibers showed evidence of degenerate myelin with vacuolation and spheroid body formation. In addition, myelin changes were characterized formation of laminated bodies, also auto phagocytosis of degenerate myelin. Furthermore, presence of degenerate mitochondria in axoplasm of axon and in cytoplasm of neurons. The degeneration of mitochondria characterized by loss of formation of laminated bodies in severe cases even deposits of calcium materials in the lamellated degenerate mitochondria. In conclusion the presence of degenerated lamellate calcified mitochondria could be a strong indication that triortho-cresyl phosphate, does not cause only degenerated myelin sheath of axon but also cause degeneration of mitochondria. 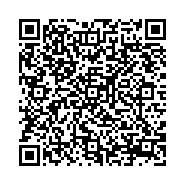