The study was conducted in the city of Fallujah Anbar Iraq in the period from September 2019 to January 2020, which included 100 pregnant women in th 3rd trimester of pregnancy and suffered from type 2 diabetes and 100 people intact and without any chronic disease. The study included the laboratory examination of the reaction’s samples, where close quantities of median reactions were collected for both groups. After collecting the calories, the calories were examined microscopically, and then the reactions were transplanted into the available culture media to isolate the aetiology of urinary tract infections such as blood agar and MacConkey agar, and the CLED agar to isolate and diagnose bacteria of all kinds. In addition, the sensitivity test for antibiotics was applied by the feeding medium where the methods were relied upon Global standard bacteriological culture procedure, isolation and diagnosis by biochemical tests. Type 2 diabetes has been defined as any person with diabetes who is over 15 years old and who uses oral treatment, not insulin. The study also included collection of five ml of venous blood from each subject in the study for determination of fasting blood sugar, HbA1c and blood urea. Among diabetes mellitus patients included in this study, 80 % were positive for UTI patients, while 20 % were negative for UTI. Patients without DM showed no positivity for UTI. The study showed that majority of patients with UTI were suffered from G+ve and G -VE bacteria as compared with DM patient without UTI. According to the distribution of the isolated bacteria among the study groups, the common isolated bacteria among DM was E. coli which constituted 26.36% followed by K. pneumoniae which constituted 17.27%, S. aureus and P. mirabilis which constituted 8.18% and the lowest percentage was Enterobacter cloacae for 1.81%. The study showed that 40.65% of pregnant women with DM have increased HbA1c level comparing with 2% of the control group, Table 5. The result was highly significant (P:0.001). The highest mean levels of fasting blood sugar and blood urea were recorded among DM pregnant women infected with UTI and suffered from DM comparing followed by those without UTI and the lowest means were found in healthy control group. There was positive correlation between FBS and HbA1c in DM pregna 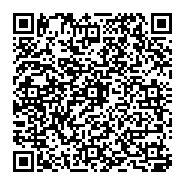