The Effect of Using a Suggested Sport?s Diet on Increased Thyroid Secretion and Its Effect on Obesity

Hormones regulate vital functions within the body in a balanced manner and within limited physiological limits. Excessive secretion of the hormone or deficiency leads to complications that hinder the vital processes carried out by the body. This study aimed to Understand the effect of using a suggested sports diet on increasing thyroid secretion and its effect on obesity.
METHODS: The researchers used the experimental method due to its suitability to the nature of the research by designing two groups, one of which is an experimental group and the other is a control group using previous and post measurements. The research community included the university students in the academic year 2019/2020, whose number was (60) female students. The basic research sample was chosen by the intentional method (40) students and they were divided equally into two groups, the experimental group consisting of (20) students and the control group consisting of (20) students and an exploratory sample of (20) students from outside the basic sample and from the research community to ensure the scientific treatment of the tests Physical and pathological under study.
RESULTS: the hypotheses between the pre-and post-measurements of the control group in the physical variables are statistically significant differences, as the calculated Z Value was higher than its tabular value at the level of 0.05, and this indicates the improvement of the control group in the physical variables under investigation. The researchers attribute this improvement to the control group to the presence of the researcher in the tests as well as to correct the form of performance and fix errors that appear first-hand, which had an impact on the mastery of the control group sample of the physical variables under discussion. Conclusions: The nutritional program has a positive effect on improving the activity of the thyroid gland and the secretion of its hormones in the body. The exercise program has a positive effect on some elements of physical fitness (muscle strength - flexibility). The sports program using Swiss balls has a positive effect on some elements of physical fitness (muscle strength - flexibility). The proposed sports and diet program together are stronger than alone to improve thyroid gland activity and secretion of its hormones. The proposed sports and nutritional program have a positive effect in reducing the level of moderate obesity on healthy people. 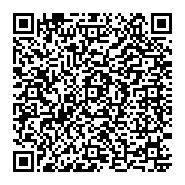