The Five Major Factors in the Personality and its Relationship to the Attachment Patterns Among the Students of the College of Law, Prince Mohammad Bin Fahd University, AL-KHOBAR 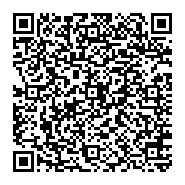