Testosterone hormone is the primary male hormone which that is responsible for regulating sex differentiation, producing male sex characteristics, spermatogenesis and fertility. This study was conducted to investigate the histopathological lesions in the male genital organs (testis and epididymis) of rats associated with subcutaneous administration of therapeutic and toxic dose of testosterone hormone. In this study 30 male rates were divided into three groups. The first and second group was injected with the therapeutic and toxic dose of testosterone hormone respectively. while the control group(third group), was, subcutaneously injected with olive oil only in a daily manner .The period of the experiment was for 12 weeks and at the end of the experiment all animals(Rats) ,were euthanized and the specimens were collected from the male genital organs (testis and epididymis).The result of histopathological examination showed that administration of exogenous hormone caused moderate loos of spermatogenesis in the therapeutic treated group, while severe damage was seen in toxic treated group as well as degenerative changes of spermatogonia and atrophy of Sertoli and Leydig cells in the both treated groups. Other lesions have been observed in the toxic treated group were necrosis, and atrophy of seminiferous tubules. Moreover, epididymal tubules of this group showed complete loss of spermatocyte and finger –like projection extended toward the lumen of the tubules compared with the therapeutic dose group that showed moderate hyperplasia of epithelial lining cells of epididymal tubules. 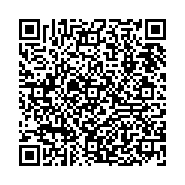