Background: Peritoneal adhesion is still becoming one of the most common postoperative complications which increases the rate of morbidity and mortality. The process which leads to the formation of peritoneal adhesion is depending on the balance between the pro-inflammatory and anti-inflammatory processes, in which there are roles of Interleukin-6 (IL-6) and Interleukin-10 (IL-10) as well as the balance of fibrinolysis process played by Plasminogen Activator (PAA) and Plasminogen Activator Inhibitor (PAI) . Objective: This research is to study the relationship between the ratio of IL-6 to IL-10, as well as the ratio of PAI to PAA with the incidence of peritoneal adhesion after laparotomy procedure. Method: The study was conducted using comparative experimental case study by treating two randomly selected groups using randomised controlled trial method. Group 1 was patients who underwent laparotomy procedure and were given ketorolac tromethamine which is analgesic that had anti-inflammatory effects, compared to group 2 which act as a control group and were given tramadol, a pure analgesic drug. The subjects of this study were patients who undergoes stoma procedures (colostomy, ileostomy) due to colon perforation as a result of trauma or other diseases Results: Correlation analysis that was conducted revealed significant interaction between IL-10 with PAA while there were no significant association recorded between IL-10 with IL-6 and PAI as well as IL-6 and PAA. Conclusions: There is a significant interaction between the levels of IL-10 and PAA with the occurrence of peritoneal adhesion in post-laparotomy patients. 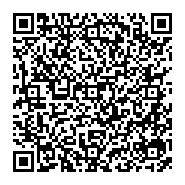