Background: Pneumonia is that the most wanted largest infectious reason for death in children worldwide. It’s most prevalent in South Asia and geographic region. In Ethiopia, pneumonia could be a leading single disease killing under-five children. Parametric survival analysis is defined as a group of longitudinal analysis methods for interrogating data having time as an outcome variable and Bayesian analysis is employed to boost the precision of the results by introducing external information in terms of the prior distribution. The aim of this study was to analyze the survival rate of under-five pneumonia patients in Menz Gera Mehalmeda Hospital using Bayesian survival analysis. Methodology: Retrospective study was conducted in Menz Gera Mehalmeda Hospital from September1,2002 up to August 30,2020. Children whose age between greater than 29 days and less than five year were included within the study and Patients with insufficient information were excluded from the study. The parametric classical AFT models and Bayesian AFT models were used for the analysis. Result: The results implied that patients whose residence were urban, male patients, age groups of patient at the age (12-23) months, (24-35) months, (36-47) months and (48-59) months, patients without comorbidity, patients without severe acute malnutrition (SAM), was prolonged timing death of under-five pneumonia patients, while female patients, age of patients at the age of(1-11) months, patients with comorbidity, patients whose residence was rural and patients with severe acute malnutrition (SAM) were statistically significantly shorten timing of death. Conclusion: Finally, the findings of this study implied that the sex of children, residence of children, age of children, Co-morbidity, Severe Acute Malnutrition(SAM) and weight were major factors related to survival time of under-five pneumonia patients in Menz Gera Mehalmeda Hospital. 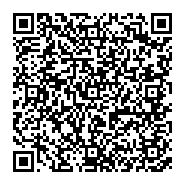