What Factors that Cause the High Numbers of Unwanted Pregnancy in Indonesia?

In the world, more than 120 million couples unmeet the need for contraception in one year. About 80 million of these have had unwanted pregnancies. Some of the impacts caused include abortion, pregnancy complications, and infection. Indonesia is one of the countries with many Unwanted Pregnancy cases that are still stagnant at 15.7% in 2019 with the target of reducing unmet need that has not been achieved. The purpose of this study was to analyze what factors influenced the incidence of Unwanted Pregnancy in Indonesia in the 2019 period. The data used comes from the 2019 Population, Family Planning and Family Development Performance and Accountability Survey Program (SKAP) with 46.220 married women aged between 15-49 years who became the unit of analysis. The data were processed using SPSS 21 using multiple logistic regression test with a significance value <0.05. The study shows several factors behind the occurrence of Unwanted Pregnancy in Indonesia, namely the mother's age at first marriage, mother's education, number of children still alive, place of residence, and decision making in KB. Meanwhile, other factors such as the level of welfare, mother's employment status, and insurance ownership are not factoring that trigger Unwanted Pregnancy in Indonesia. Cross-sectoral cooperation is needed from the Ministry of Religion and the National Population and Family Planning Board in the context of providing family life planning provisions for the future brides in Indonesia, including counseling regarding the need for contraceptives. 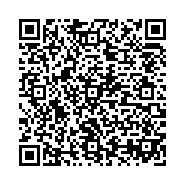