The ever-increasing spectrum of microbial disease and emergence of life-threatening antibiotic-resistant pathogens necessitates more intensive search for microbial antagonistic agents from diverse symbionts and habitats. Based on these hypotheses the current study was initiated to investigate in vitro antibacterial and antifungal activities of both crude and pure compounds isolated from potential Actinomycetes isolates recovered from soda lakes of Ethiopia. Two soda lakes, Arenguade/Hora Hadho/Chitu were included in this study. A total of fifteen 12 water samples were collected and Actinomycetes cultures were isolated by serial dilution plating technique on various media. Morphological and biochemical characterization of selected isolates was done as described in the International Streptomyces Project Guidelines. Minimum inhibitory concentrations of the crude extract was determined for fungus using the protocol described in National Committee for Clinical Laboratory Standards and for the bacteria disc diffusion assay method as described in the Clinical and Laboratory Standards Institution. Ethanol extracts obtained from Solid State Fermentation a total of 36 isolates of Acti nomycetes were subjected to primary screening and tested for activity against the bacterial and fungal reference strain. Accordingly, the extracts from 10 isolates that were most active in the primary screen were 6 (16.66%) from Lake Chitu that were inhibited the growth of Gram-positive bacterial and fungal strain; 4 (11.11%) from Lake Arenguade that were inhibited Gram-negative bacteria and fungal. From evaluated the antibacterial and antifungal potential of two soda lakes water-derived Actinomycete; the best ones in terms of activity spectra were Actinomycetes species isolated from Lake Chitu. 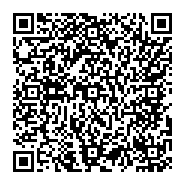