Pregnancy is a complex physiological state, in which the effect of any stress multiplies its impacts; in this study, we are interested in the effects of electrical stress on pregnant rats and an attempt to mitigate them using an alkaloid. Pregnant rats were divided into seven groups: Control and two treated groups with harmine at 10, 15 mg/kg, psychological stressed group, two foot shocked groups 0, 4 and 1, 2 mA and a treated stressed group. Each group contains three sub-groups according to the stage of pregnancy. Rats have conducted to plus maze test and object recognition test. We marked increased time spent with new object and number of entries in all arms and a significant decrease in food consumption, the Red Blood Cells (RBC), Mean Corpuscular Hemoglobin Content (MCHC) have increased and a significant decrease in monocytes and lymphocytes after treatment. The number of placentation and fetuses has increased significantly in treated group and treated stressed group even the significant decrease in stressed group. Harmine has enhanced the cognition of rats in object recognition test, and exerted its anxiolytic effect in the plus maze test even during pregnancy. It decreased food consumption and enhanced implantation, RBC and thrombocytes due to its enhancement of serotonin via its effect of Monoaminoxidase Inhibitor MAO I. 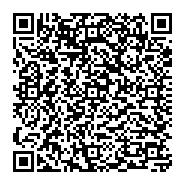