The Effect of Preloading and Co-Loading in the Prevention of Hypotension among Mothers Who Underwent Cesarean Delivery under Spinal Anesthesia: A Prospective Cohort Study

Background: Spinal Anesthesia (SA) is a common technique used worldwide for cesarean sections. A common, but potentially fatal, complication is hypotension. It can cause a significant effect on the mother and fetus. Hydration has become the cornerstone of prophylaxis of hypotension in obstetrics previously but recent studies showed that co-loading also may be a better option in the prevention of spinal induced hypotension. This study aimed to assess the effect of preloading and co-loading in the prevention of hypotension among mothers who underwent cesarean delivery under spinal anesthesia. Methods: Prospective cohort study was conducted at Debre Tabor Comprehensive Specialized Hospital from February 15 to April 15/2021 Ninety-six pregnant mothers who have c/s were included in the study period. The pregnant were given 20 ml/kg of fluid. The preload group gave fluid 20 minutes before spinal block; while the co-load group received fluid starting as soon as CSF was tapped. Independent sample t-test and Chi-square test were used. Data was entered and analyzed using SPSS version 25. Results: The incidence of systolic hypotension after spinal anesthesia was 77.1% in the preload group and 35.4% in the co-load. The preload group mothers develop more hypotension than co load mothers. Conclusion: Hypotension occurred 77.1% of the time in the preload group and 35.4 percent of the time in the co-load group, according to this study. As a result, crystalloid co-loading was superior to preloading in preventing spinal anesthesia-induced hypotension in mothers who had a cesarean section. 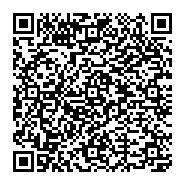