Background: Hydrogen peroxide free radical is a potent mutagen and teratogen that can obviously affects the color of the offspring's of the land snail Helix Lymnaea.
Aim: To assess the morphometric changes of the offspring's of the land snail Helix Lymnaea after parents exposure for H2O2 for three years.
Materials and Methods: A twenty four Helix Lymnaea snails were randomly divided into two groups (12 in each).Group A is the control whereas group B is the H2O2 test group. All were adults (4-6 weeks age) of the same size 5-7 mm length, all were hermaphrodites. The two groups were followed for three years for ten generations for different morphometric parameters
Results: There was a significant reduction in the movement score in the group treated by H2O2 in comparison with the control group 25% vs 8.3 % respectively p = 3.8, chi square = 0.8. The eating activity of the offspring's had a minute change noticed in between the two groups 95% in H2O2 exposed vs 92% in the control group. The morphometric outcomes mainly the albino offsprings were none in the control group that showed no teratogenicity in comparison with 60% in H2O2 group, p < 0.05. The rate of successful eggs hatching was significantly differed between the control and the H2O2 groups, p = 0.017. There was also an obvious difference in the mortality rate between the control and H2O2 group, however this difference was not significant p = 0.2.
Conclusion: There was a significant teratogenic effect of H2O2 on the offsprings of the snail Helix Lymnaea. This effects may extend to include different free radical producing substances. 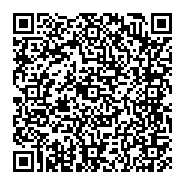