Non-Steroidal Anti-Inflammatory Drugs (NSAIDs) are the most widely prescribed drugs worldwide. They act as analgesic, anti-pyrectic and anti-inflammatory agents. This class of drug reduces pain, inflammation, lower down body temperature. They act by slowing the formation of prostaglandins and also blocks cyclooxygenase enzyme. This reduces inflammation. The major drawback is considered to be its gastrointestinal ulcers and bleeding, heart attack and kidney disease. Tolmetin sodium is used for its anti-inflammatory activity. Present therapy of Tolmetin sodium indicates the oral route of administration. Side effects of tolmetin sodium that have been recorded include gastrointestinal ulcers and hepatotoxicity. To overcome the side effects of tolmetin sodium, topical administration can be preferred over oral administration.

Skin is a major barrier for topical dosage form. It affects the systemic bioavailability of drug. Release of tolmetin sodium from topical gel can be increased in various ways. The activity of the drug in topical formulation with carbomer base is found to be highest as compared to that of Hydroxypropyl methylcellulose base. Polymers showing synergism can be used to increase release rate which increases the potency of Tolmetin sodium in gel formulation. This enhancement of release rate increases the bioavailability of the drug in the systemic circulation. 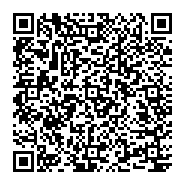